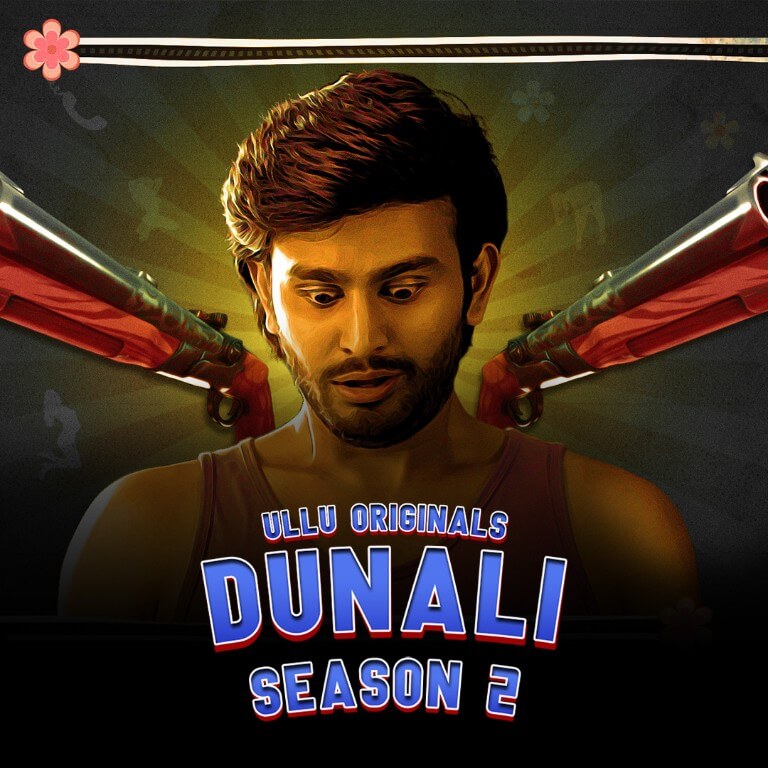 Dunali Season 2 Review: A new web series is making rounds around the internet. People are excited about the show after its release of the show lanched. People on the internet are also excited because they watched season 1 of the Dunali on the ULLU platform. The teaser of the show is gone viral on social media and the internet.

In the web series, the audience will expect a lot of romance. From the previous season, the audience knows the main character name Sameer who also lives with his family which involves his mother and father. The conflict occurred when Sameer was Troubled by an atypical medical condition that has a direct bearing on a young boy’s sexual life.

After he finds out about the news, the world around him goes upside down wherein everyone tries to take advantage of his abilities.  Some remain smitten while others are shocked when they find the double trouble that he is blessed with.

In season 2 of the web series As per the trailer, we can see Sameer purchasing mango. After that audience sees Abha saying to her husband about Samir’s father’s physics. Samir’s father fixes his marriage and search for a girl after and the next scene shows that one girl’s family comes to Samir’s house and his father told about his uniqueness to the girl’s family. Samir’s friend suggests a doctor solve his problem and call a lady doctor to fix this.

According to the representative of the ULLU APP,  this web series will be released on 10th June 2022 on the Ullu App web series. The leading cast of the show are Shubham Deorukhar, Rekha Mona Sarkar, Aayushi Jaiswal, Hitesh Makhija, Sharanya Jit Kaur.

It is also popular as the Dunali web series. Ullu app at present time one of the most popular OTT Platform in India. The platform is popular for its various other web series. Ullu last released web series are Jhumke and Saree Ki Dukaan, Love Next Door, Raja ka Baja Charmsukh, Gaddar Jaghanya, Julie Season 2, and many other good responses from the viewers. Audien loves all the web series the platform published over the years.