Marcel Zanini, a famous French jazz musician who rose to fame with the smash hit “Tu veux ou tu veux pas,” died on Wednesday, January 18, 2023, in Paris, France, at the age of 99. His death left all his admirers in a state of pain, and the entire French music community mourned the loss of this legendary artist.

Continue reading this article to learn more about the French jazz musician; Marcel Zanini, his story, how he died, what happened to him and much more!

Who was Marcel Zanini?

Marcel Zanini, whose real name was Zanini, was a famous French jazz musician who became popular with the smash hit “Tu veux ou tu veux pas”, which means “Want it or not.” His personality was really attractive as he wore a hat, had a moustache, wore round glasses and had “class” as Philippe Laval sang.

More about its origin

Zanini was born on September 9, 1923 to a French-Italian father and a Greek mother in Istanbul, Turkey, but his family later moved to Marseille in 1930 and settled there only. He began studying clarinet in 1942 and then joined Leo Misir’s orchestra in 1946. In the 1950s he founded his first band and left for the United States in 1954. He lived in New York for four years as a correspondent for the French magazine Jazz Hot, but returned to his hometown of Marseille after four years in 1958 and formed a new group.

He later went to Paris and in 1969 Leo Misir, then the artistic director of the Barclay label, asked Zanini to do a French remake of the popular Brazilian song “Nem vem que no tem”. The song was released under the French name “Tu veux ou tu veux pas” (Want it or not) and ended up becoming a huge success. Even after that, Zanini continued to play in jazz clubs and festivals in Paris with his sextet. He even played with musicians such as Georges Arvanitas and Eddie Lewis.

The jazz clarinetist and saxophonist Zanini married his beloved wife Suzanne and the couple had a son together, who was called Alain, but later became popular as a writer Marc-Edouard Nabe. He also accompanied Zanini on guitar on various occasions.

Also read: How did Michael Lehrer die? What happened to the Second City comedian and actor

How did Marcel Zanini die? What happened to him?

Legendary French jazz musician Marcel Zanini sadly passed away on Wednesday, January 18, 2023 at the age of 99 in a hospital in Paris, France. The news of Zanini’s death was confirmed by his beloved son, the writer Marc-Edouard Nabe.

Tributes are pouring in for Marcel Zanini

Sharing the news of the death of French jazz musician Marcel Zanini, the National Audiovisual Institute (INA) shared a tweet on its official Twitter account, @Inafr_officiel. It said: “Musician Marcel Zanini died on Wednesday, January 18, aged 99. The clarinetist and jazz singer rose to fame in the late 1960s with his hit ‘Tu vous vas, tu vas pas’, adapted from a 1971 Brazilian song.’

We extend our heartfelt condolences to the family members, friends and admirers of the French jazz musician. His death is a great loss to all of them and we pray to the Almighty to give them the strength to get through this difficult time. May God rest Marcel Zanini’s soul in peace on the wings of eternity.

We hope this article has given you all the information you need about the death of Marcel Zanini. If you want to read such up-to-date articles on worldwide topics then keep visiting this website regularly. Also, feel free to write your suggestions in the comment section. 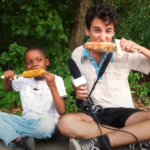 Who is Corn Kid? 7-year-old Tariq becomes a TikTok sensation 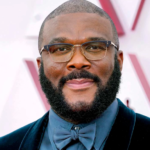 Does Joshua Boone of A Jazzman’s Blues Sing in Real Life? 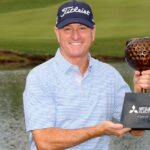 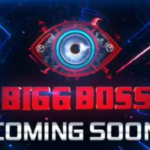