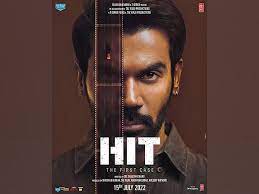 Hit movie Reviews and Release Date: An announcement of news is made which excited the audience who are eager to watch it in the theatre as soon as possible . after the announcements are made, people come to social media and express their excitement related to the movie and share on the internet to people to see.

The makers of the movie announced that HIT, an action-thriller is about to reach the nearby theater The teaser of the movie was also launched on youtube after the announcement is made.  The film is set to hit the theatres on July 15.

The official teaser shows a cop named Vikram( enacted by Rajkummar Rao as the “best cop” at the Homicide Intervention Team (HIT). ) is seen fighting demons of his past, and his current job keeps bringing back the traumatic memories. He gets panic attacks, thus hampering his work life.  a girl standing in the middle of a road and soon a policeman comes to offer help but she denies it.

She later gets kidnapped and Rajkummar Rao, who plays the role of a police officer, tries to find her. In the trailer, Sanya Malhotra who plays Rajkummar’s love interest also goes missing. A series of action sequences and shots of Rajkummar beating men then appear on the screen. The trailer ends with Rajkummar sitting on his knees with wounds on his face. Soon a hand appears with a gun in hand and it ends with a gunshot wound.

The movie is a  remake of the 2020 Telugu hit of the same name and is directed by Sailesh Kolanu, who had also helmed the original.

The cast of the movie is iconic and knows how to portray a character on the screen which gives maximum impact to the viewers. Apart from Rajkummar Rao and Sanya Malhotra, the film also stars Dalip Tahhil, Milind Gunaji, Shilpa Shukla and Sanjay Narvekar . 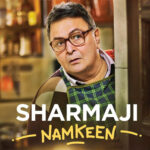 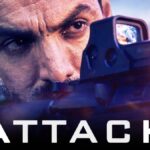