Eui Min Ko, the Supreme Grandmaster of Taekwondo passed away on January 21, 2023. Let’s see how the Taekwondo coach died and Eui Min Ko’s cause of death in detail.

Eui Min Ko, Outstanding Taekwondo Trainer/Coach Passed Away. This sad news was confirmed by Gerard Robbins on social media and the message reads,

THE LOSS OF A LEGEND”

The Official Taekwondo Hall of Fame is extremely sad to announce the passing of our beloved member, GM Eui Min Ko. He was one of the greatest coaches and trainers of the Korean national team in the early years of international competition. Two of the highlights of his career were winning the 1st Asian Taekwondo Championship held at Kukkiwon in 1974 and the 2nd World Taekwondo Championship held in 1975. Our deepest condolences to his family , friends and students around the world. May he rest in eternal peace in the loving arms of our Creator.

Who was Eui Min Ko?

Eui Min Ko is a trainer/master of modern Taekwondo. He had 50 years of experience and the influence of Korean philosophy. He was known as:

Ko Eui-Min was born in 1942 in the city of Asan, 80 km from the Korean capital Seoul. At the time, Korea was still under Japanese occupation. Colonial rule ended with Japan’s surrender in 1945.

At 32, he became the youngest coach of the Republic of Korea. He produced 15 world champions, 28 Asian champions and over 100 Korean champions in his active coaching career. He was a former chairman of the WT Technical Commission.

Eui Min Ko cause of death:

Eui Min Ko suffered from pneumonia and heart disease. He died on the night of January 21, 2023 due to heart failure at the age of 81.

Everyone at WT was deeply saddened to hear of the passing of Master Eui-min Ko who passed away. The Korean-born resident of Germany has made significant contributions to the sport and is a former chairman of the WT Technical Commission. A memorial altar will be placed at WT headquarters on January 25-27. pic.twitter.com/fFV9sKgrRJ

After news of the death broke, social media was flooded with tributes. A memorial altar will be placed at WT headquarters on January 25-27.

IN MEMORIAM – Grandmaster Ko Eui Min
Today we received the sad news that the Grandmaster has passed away at the age of 81. Grandmaster Ko Eui Min was a leading Taekwondo master and held various positions in the then World Taekwondo Federation.
Among other things, he was the chairman of the WTF Technical Committee and a member of the Supervisory Board of the Olympic Games. During his career in Tae Kwon Do, he had a great influence on the development of Tae Kwon Do in Germany, Europe and the world. ETU wishes the family, friends and students of Grandmaster Ko Eui Min strength in these difficult days.

I love to remember you this way!
RIP Maestro Eui-min Ko.

“THE LOSS OF A LEGEND”
GM Ewi Min Co. One of the greatest coaches and trainers of the Korean national team.
Winning the 1st Asian Taekwondo Championship held at Kukkiwon in 1974 and the 2nd World Taekwondo Championship held in 1975.
So many top Korean fighters have been produced through his training.
Many top international coaches. They watched, listened and learned from him.
Our sincerest condolences to his family, friends and students around the world.
May he rest in eternal peace.

Grandmaster Eui Min Ko, former World Taekwondo Technical Chairman and former renowned Korean national Taekwondo coach, has died at the age of 81.
I had the honor of meeting him several times and in particular receiving instruction from him during the first WTF Olympic Coaching Course in Busan, 2008.

What happened to Kylie Bazo? is she alive Mandurah boat crash explained 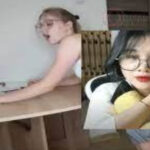