Recently, Indian medium-fast bowler S Sreesanth has announced his retirement from India’s domestic cricket. As you know, Sreesanth has been a part of the 2007 and 2011 world cup winning teams. Finally, he says goodbye to his fans and supporters from cricket. Although, we know that much he has been gone through since his name got into the match-fixing. Since then he has been away from the cricket field. But we couldn’t forget his contribution to team India for several victories. It’s time to say goodbye and congrats for the future. Let’s move about this.

S Sreesanth came from the small town of Kerela to play for team India. Sreesanth was the leading fast bowler in the ICC World Cup 2007 under the captaincy of MS Dhoni.

Along with it, we couldn’t forget the moment when he took the catch of Pakistan batsman Misbah-ul-Haq in the final over. In his entire career, he has played 27 Tests, 53 ODIs, and 10 T20s. Furthermore, he has been best stats in One-days internationals as well as T20is. Apart from that, Sreesanth has become the face of television.

We have seen him participating in many realities shows. After his retirement, many former players congrats on him for his future. Sreesanth announced his retirement from India’s domestic cricket on his Twitter handle.

Sreesanth wrote in his tweet, “It has been an honor to represent my family, my teammates, and the people of India. And everyone who loves the game”.

“With much sadness but without regret, I say this with a heavy heart: I am retiring from the Indian domestic (first class and all formats) cricket”. Let us tell you that after getting lifetime banned from Indian Cricket.

He was away from the cricket ground. But he made his comeback in domestic cricket and was a member of the Syed Mushtaq Ali Trophy in 2021 for Kerala Cricket Association.

Apart from that, it is said that he has been counted for the IPL auction of the season 2021 and 2022. But he didn’t get sold by any franchise on both occasions. 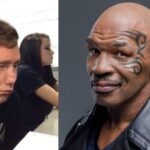