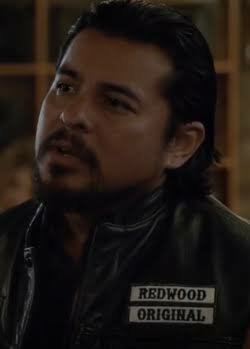 In the recent episode of  Mayans M.C. (MOTORCYCLE CLUB), THE SONS OF ANARCHY declared war on the titular club because they lost a loved member of the club.

The TV show Sons of Anarchy is an American action crime drama that involved some outlaws who come together and created an M.C.  and lived a life of lawless outcast with their own rules in place.

It is set in Charming, a fictional town in California’s Central Valley. It tells the story of a close-knit outlaw motorcycle club and how they live their lives together.

According to the director of the drama, the main character is inspired by William Shakespeare’s play the tragedy of hamlet.

The television drama was first shown by the cable network FX on September 3, 2008. It had an average of 4.9 million viewers each week in its third season, making it FX’s most popular show at the time.

Allesandro “Domingo” Montez is a member of the M.C who spends most of his life in and around the club. In the recent episode, another member of the Sons of Anarchy Motorcycle Club died at the hands of Palo, who has been lurking in the shadows plotting his retribution for the death of the Vatos Malditos back in the season 2 finale.

At the end of the episode, el Palo left Montez’s body outside the clubhouse where Taza found him soon after.

The episode was a real tear-jerking episode of the season. Fans are shocked and curious after The short video shows the SAMCRO Road Captain being suffocated with a bag over his head, leaving many things unanswered.

In the episode, Montez was not the only one who died. Taza shot and killed Vicki when Bishop called him.